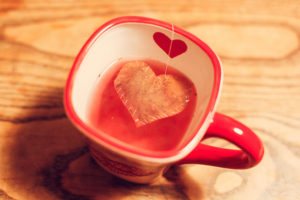 Greetings and salutations! It’s time once again for me to share a snippet from my most recent completed project, Steeped in Love! I’ll share the blurb after the excerpt, and here goes!

Continuing from where we left off….

He’d been writing at the Cup-A-Cabana coffee shop for a few months now, hoping the change of scenery and the colorful mix of people he observed would help his writer’s block. Until recently, the writing wasn’t the problem. It was the fact that the books he worked so hard on weren’t selling worth a damn. A demoralizing reality, but a reality nonetheless.

He knew he was good. His psychological thrillers were deep and thought-provoking, not only according to him but to several critics. Yet somehow his critical acclaim didn’t translate to commercial success.

Lowering his gaze to the screen, the blank page glared back and the cursor taunted him.

Oh, to hell with it.

Ethan flagged down Gwen and ordered the damn danish.

The 2016 Summer Olympics are here! I am a complete and utter TV junkie when it comes to the Olympics. You will have to physically pry my butt from this chair. Besides the sports, which I’m naturally crazy about, I love the idea of the whole world coming together, celebrating the achievements of incredible athletes who’ve worked their whole lives to get to this point. I love their stories, their struggles, and their triumphs. They’re real people living their dream. It’s inspiring.

One of my best girlfriends from teachers’ college is competing in wrestling for Team Canada. I saw her during the opening ceremonies and shrieked with joy! It’s SO cool actually knowing someone competing, and I think she has a real shot at a medal! Best of luck to my American neighbours, but I’ll be cheering loudest for my Canucks! Have a fabulous week, everyone! 🙂