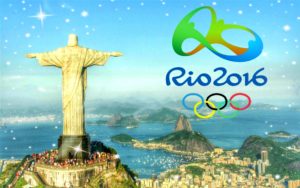 Ahoy-hoy, friends! It’s the most wonderful time of the year! Not Christmas, but it might as well be! I am absolutely OBSESSED with the Olympics. Obsessed, I tell you! Are you as nuts about the sportsy-sports as I am? You’ve been parked in front of your TV set since last Friday, too, right? Okay, good.

Once upon a time, I had visions of being in the Olympics. I planned on making my debut in 2004 in the sport of soccer, my most favourite sport in the whole wide world. But then I thought, hey, if I really want all the glory, or at least half the glory, maybe I should try for beach volleyball instead, my second favourite sport. A very close second, I might add. And so I kept flipping back and forth, eventually concentrating my efforts in soccer.

I played at a very high level. When I turned fifteen, I was recruited to a rep team, which then led to tryouts for a provincial team. After only one tryout, I was added to the team. They called me the animal. I know what you’re thinking. This sweet face? Impossible! But it’s true, guys. I am fierce on the field. You do not want to come between me and the ball. It won’t end well for you. 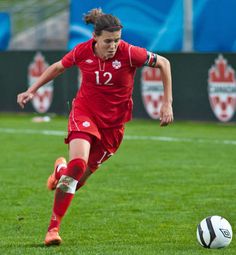 Christine Sinclair, captain of Team Canada, and my fave player evah! I was number 12, too!

For two years, I played with an amazingly talented group of girls, travelling all over Ontario and even some parts of the USA for games and tournaments. I turned nineteen in our final season, just finishing high school (we had grade 13, don’t judge), and I had some big decisions to make. In the end, I chose to focus on my education, and soccer took a backseat in my life. I don’t feel like I missed out, though. I still play soccer to this day. I coach too, one of the most rewarding things I’ve ever done. I live within walking distance of a beach here in Ottawa, and I’ve been playing beach volleyball all summer long. It may not be Olympic-level competition, but I’m having the time of my life. 🙂 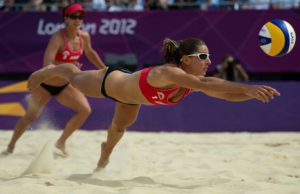 How I look when I’m playing beach volleyball. I think. I hope.

So here’s a question for you: If you were competing in the Olympics, which sport(s) would be your specialty?

Thanks for stopping by! Have a fit and fabulous week! Watching the Olympics totally burns calories–all the cheering and whatnot! Go, Canada! 😀

Here's my newest furry fan! Have you read #LoveUnl

It’s #releaseday for #LoveUnleashed! Be sure to

Happy #TeachersDay to all my fellow educators! Now

Milkshakes at The Ranch in Havelock with my daddy!

Happy #birthday to this blockhead, er, I mean, my

I grabbed a copy just in time! Can’t wait for th

Y’all, I think I did it! I cracked the curly hair code! It only took me 38 years and 3000 different product combinations, but I finally hit on the winner! Thank you all so much for being on this journey with me. #grateful #fridayfeels #curlyhair